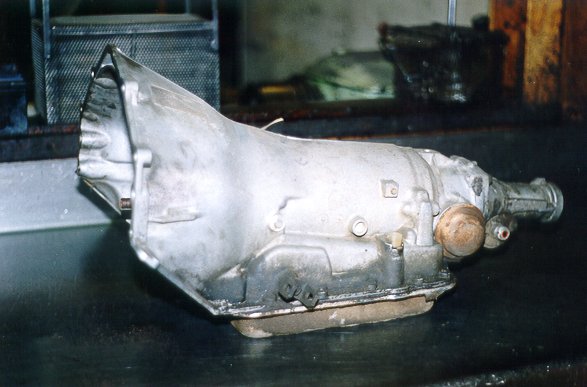 Well this is what most of them look like in the beginning before we start to dismantle the unit. The whole process from this stage to the final coat of paint will take four days working flat out while a standard unit can be built in one day. 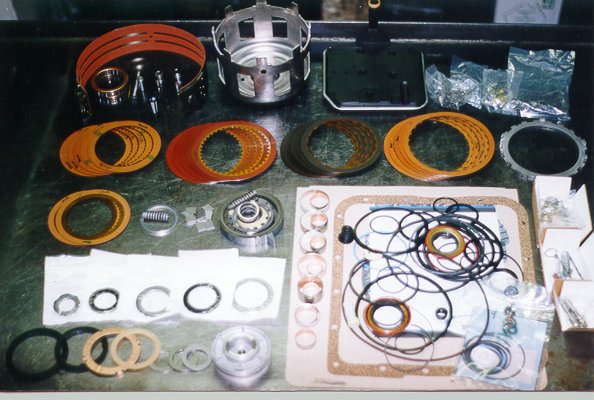 This shot above shows almost everything that is used to build the EXTREME 700 with only the converter and heavy duty sprag race missing. As you can appreciate we tend not to itemise the contents. 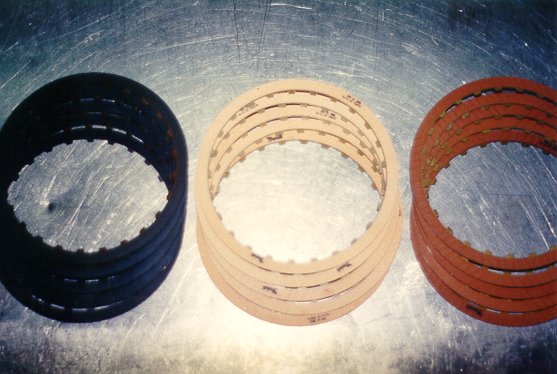 From left to right we have a second hand set of frictions, a brand new set of standard frictions and on the far right is the treated heavy duty set of frictions that are only used in the EXTREME transmissions. 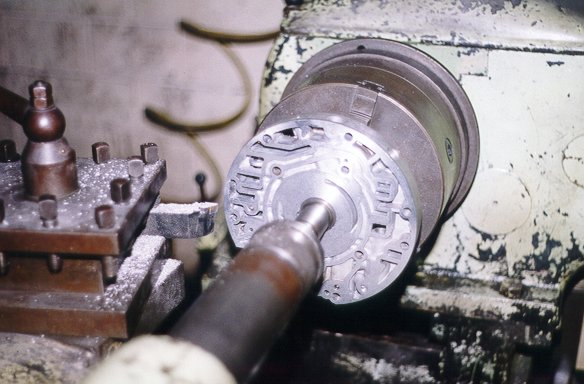 This photo shows some of the machine work that is done during the construction of the EXTREME transmissions. 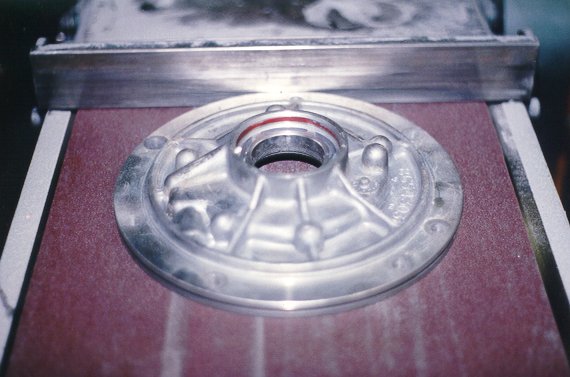 Machining and resizing the front pump half. These are another item that never seem to be nice and flat. 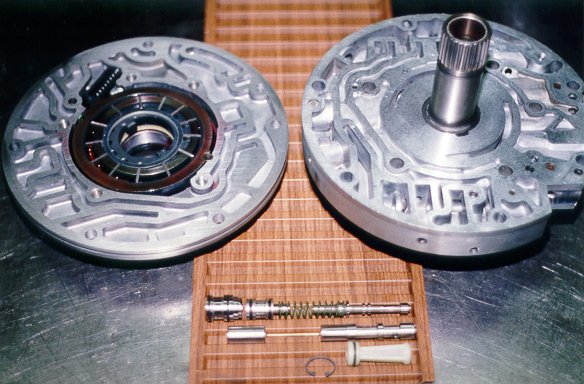 Here is a shot of the two pump halves with the new high Volume 13 vane pump assembly with slide and the heavily modified o’ringed valving units that are used. Notice the newly machined surfaces on both halves. 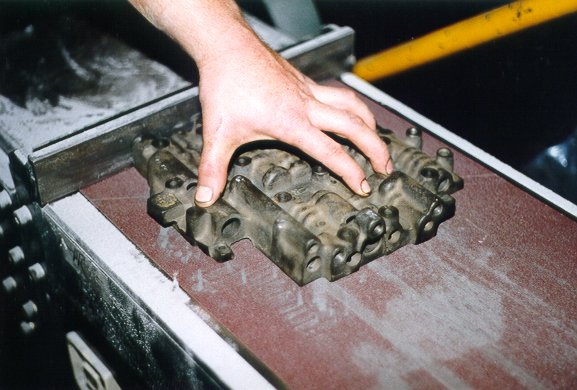 Machining the valve body flat is possibly not one of the most important tasks that we undertake with the EXTREME transmissions but it is certainly part of the Blue Printing process that is undertaken. 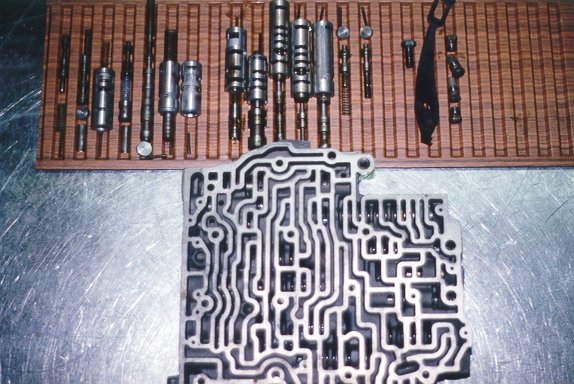 This photo basically shows the valve body after it has been completely stripped down and made ready for the machine work and valve body updates that are added to bring the unit up to scratch. 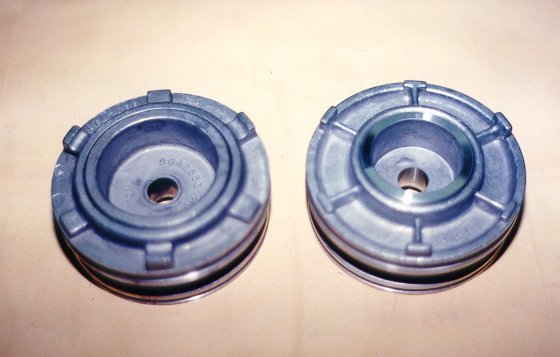 The 2 – 4 band servo on the left is the standard 553 unit and on the right is the imported 093 unit that we use, it has almost double the clamping force of the standard unit. 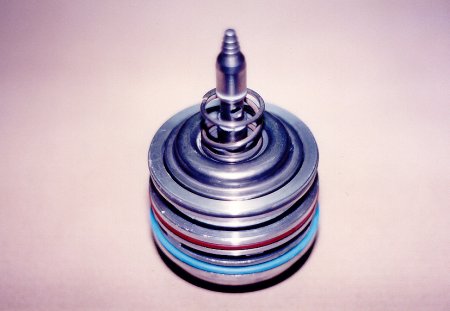 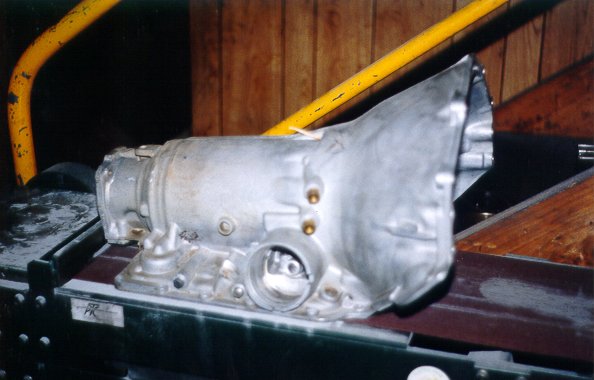 This is a Turbo 700 having is lower case machined dead flat as they are NEVER flat. The machine used was specially built for us as the surface is so large on many transmissions, milling such a large surface area will always distort the case as it builds up heat. 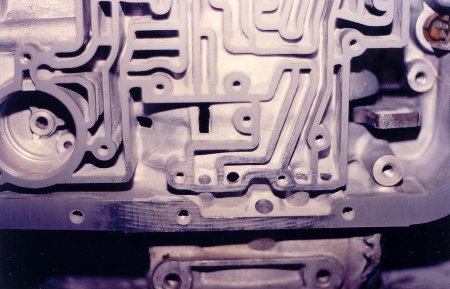 We stopped machining this case half way though to show why it is so important to machine the bottom of the case. You can see the centre section that is yet to be cleared, about another 5 thou should do it. 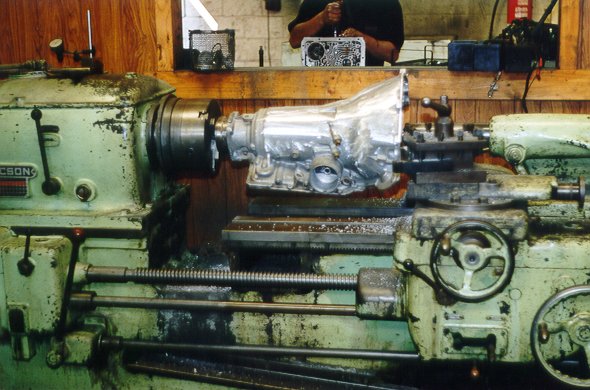 This shot shows a Turbo 700 case having it`s forward mounting surface ( Bell Housing ) machined square to the alignment of the transmission tunnel. The lathe that we bought to do this job weighs over 7 tons and is over 14 feet long. 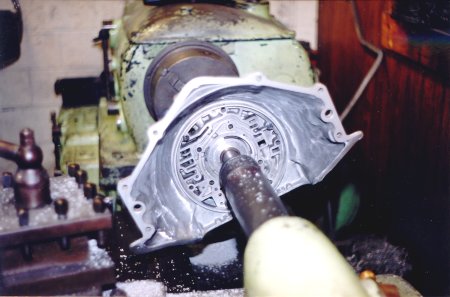 Another photo but from a different angle of the transmission case being realigned. 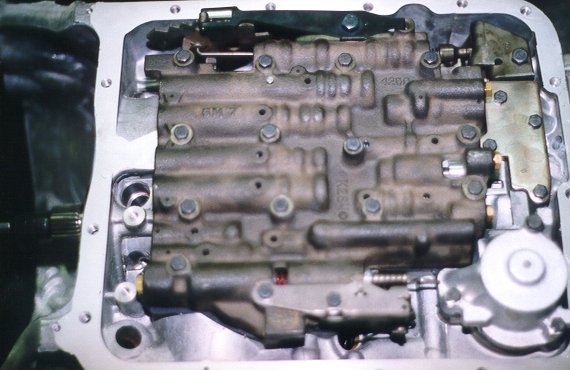 This shows what our Turbo 700 hydraulic unit looks like with the remaining electronics removed and our EXTREME valve body fitted. 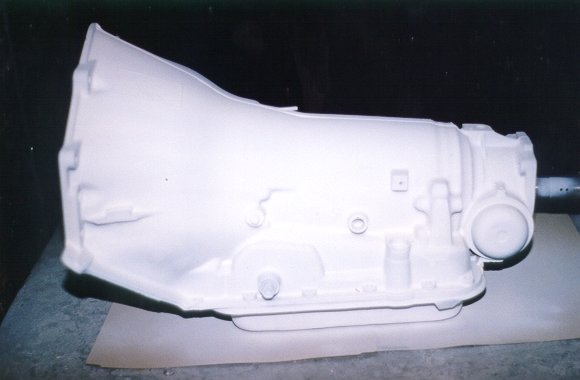 It take’s two days just to paint the transmission with two coats of under coat and two of gloss black. 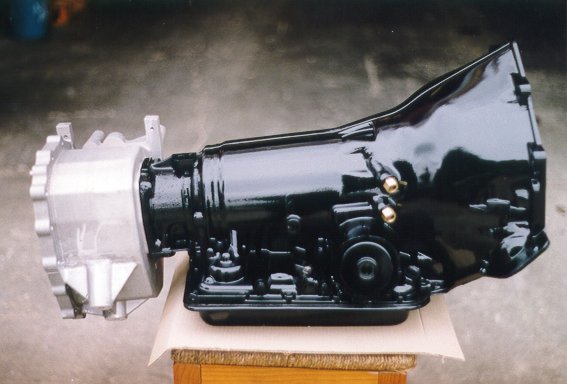 This is a photo of one of our EXTREME Turbo 700 hydraulic units that has been fitted with a Nissan Patrol adapter unit. 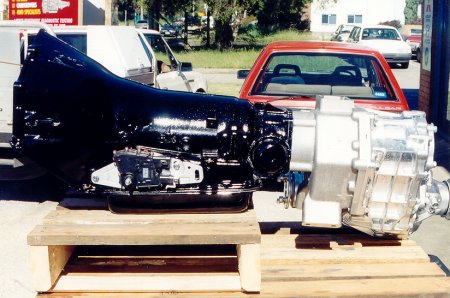 Another photo of one of our Extreme 4 wheel drive Turbo 700 transmissions. This time we picture an 80 series Toyota Land Cruiser transfer case bolted up to a Turbo 700 with our new inhibitor switch kit mounted to the side of the transmission. 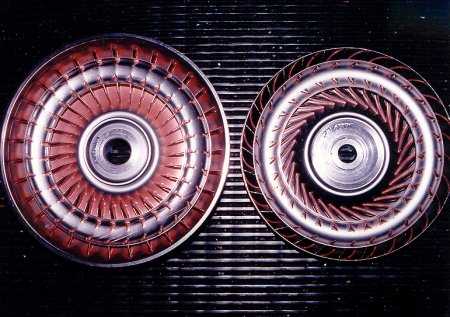 All of our Extreme transmissions come standard with Kiln Bronzed and Micro Balanced converters. 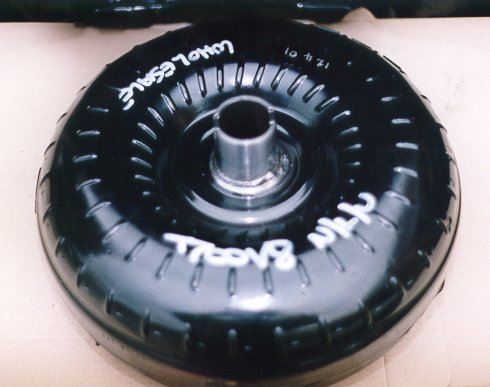 EXTREME Turbo 700 converter that has been double kiln bronzed, heavy duty bearings and balanced. We have both a lock up and non lock up version of this converter. 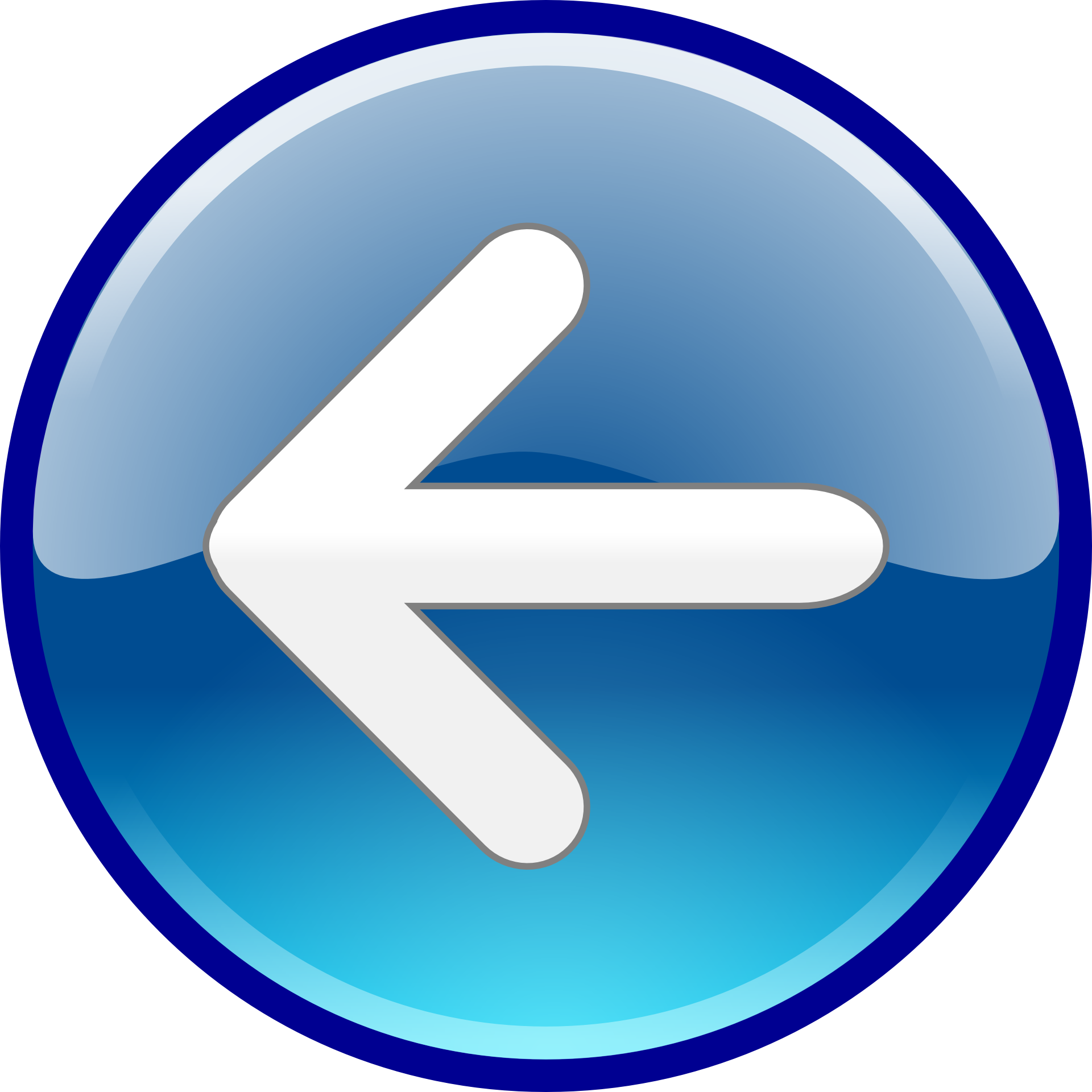 Click here to return to the Extreme Transmissions Page