Stu Turns his Triton into a Submarine in Cape York 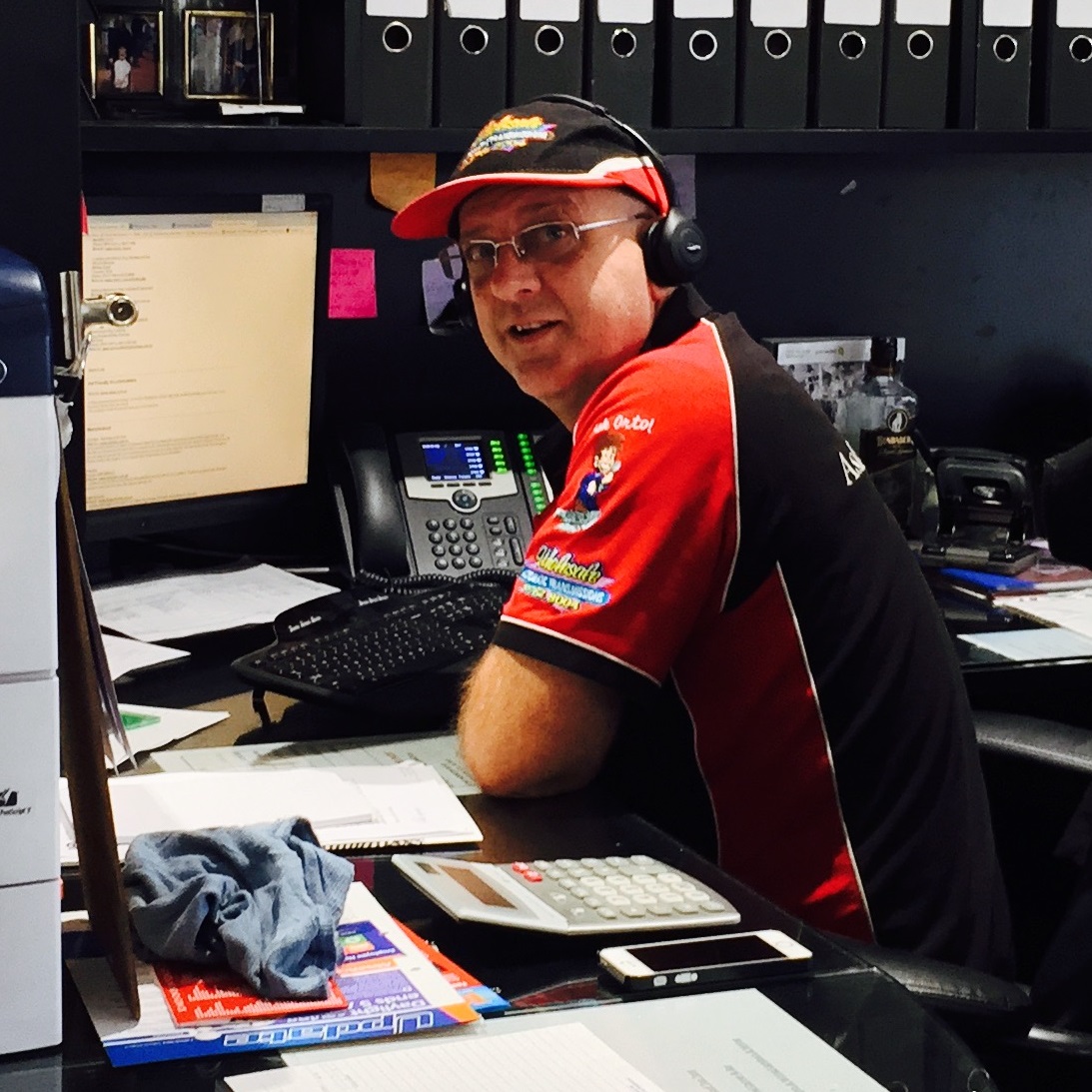 Stuart "StuDog" is one of the Directors of Wholesale Automatics. He has worked in the automatic transmission industry for over 30 years. With a flare for slipping into the test drivers seat, he handles the diagnostics for many of our customers that are experiencing problems. He is also instrumental in the mechanical side of the various conversions projects that we complete.

Earlier this year I had the opportunity to do a trip to Cape York with the 4WD action crew as part of a DVD production. Not being one to miss an opportunity I left a week early so I could make the most of the journey north by taking in a bit if Outback NSW and the Channel Country of outback QLD. I am no stranger to outback NSW but the channel country was new to me and the stark reality of years of drought and the current plight of the outback communities concerned was highlighted by the miles of road kill that littered the barren landscape reminiscent of a Mad Max / Razorback type backdrop. Certainly we cannot underestimate the dire need of the farming community in these areas, not to mention the impact socially, mentally and economically.

That being said I did my best to contribute to the cause by purchasing fuel from Jurassic type fuel distribution vessels that fill your vehicle via the ancient art of gravity as well as eat the local cuisine and consume the beverage available at the many watering holes along the way. Passing through Adavale and spending time at the Pub and camping by the billa-bongs just outside town was a definite highlight, probably not somewhere you would spend a lot a time at but a definite overnight experience worth having.

Sometimes just passing through an outback town can educate you more about Australian history than any classroom or book ever could. Occasionally you come across a sign you need to read a few times just to understand it, similar to the following passage.

There are quite a few places you are not allowed to see that are definitely worth having a look at, so I’m told. Meaning that’s what people told me because I wasn’t allowed to see them. Apparently because that would mean either not reading the signs or just not seeing them I guess. That being said I hear they are worth seeing if in fact you were allowed to see them, or if you came across them by accident and were unaware of any signs to the contrary then you would be amazed purely by accident, if you get my drift.

Eventually I got to Cairns, met up with the rest of the crew and headed north to Weipa. Weipa being a Northern QLD mining town is as unique as its residents and it does emit an air of anti-establishment but you will find the locals friendly and accommodating despite the initial first impression you may or may not have on arrival. We cruised around the Weipa beaches a bit over a couple of days while Shauno did some fishing and tyre promos and then headed back south to Coen for the first trip. After meeting the traditional owners and obtaining the protection of a smoking ceremony we were all looking forward to doing a track straight after the wet that hadn’t been done in over two years.

We soon discovered that two years was probably being generous as the route covered a little under 40 kms to the coast and took us the best part of 4 days to get there and included an extensive night drive till close to midnight. The country we traveled through changed immensely along the way and included river crossings hidden beneath the rain-forest canopy as well as huge wash outs that required digging out and winching, with a bit of winching and some winching, did I mention the winching?

There were signs throughout the trip that indicated an old cattle stations’ existence in another time in history that included remnants of a dwelling, cattle yards and the odd rusted barrel and abandoned vehicle as well as the presence of scrub bulls putting on a spectacular display in the bush. The track was barely visible for most of the trip and I personally am not sure we were even on the track as marked as we ended up going around the mountain range in the opposite direction and at one point we actually lost the track in the dark. Lucky for us Ray Clark was tagging along in his ATV and drove around in the scrub for a while until he found it again as well as collecting a few choice spiders and bugs for his efforts.

Eventually we made it to the coast and the mouth of Stoney Creek, again there were signs of times gone by due to the existence of an abandoned shed and boating paraphernalia spread along the beach. After some hours at the river mouth and Shauno catching a Barra, Graham and I decided that camping amongst the croc slides was less than ideal and convinced the others that perhaps we would be better off camping inland a bit out of the wind.

The next day we headed back out the way we came, this proved a bigger challenge for a number of reasons, one being the rain that made the track just that bit more challenging and secondly the fact that I broke a rear leaf spring and had to spend the next 3 days trying to keep the rear wheel on the ground and reduce rear axle movement in order to make it out. Big thanks to the boys at NQ Crash who had a set of springs waiting in Cooktown that Ray and myself fitted prior to the next trip to Cape Flattery. 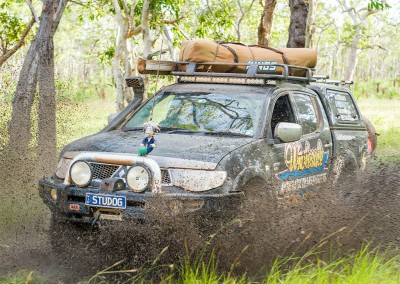 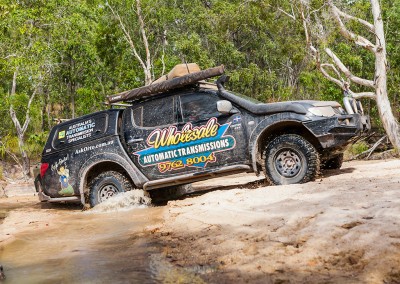 After a day or so in Cooktown we headed north through Hope Vale and on to Elim Beach, this area is operated by the traditional owners and there is a well-equipped camping ground available on the beach offering excellent fishing and camping opportunities. Apparently there are a few crocs around but very seldom seen so I’m told by Ant who runs Australian Kite Safari further up the beach. This place is a secluded oasis that caters for enthusiasts. It is set amongst the dunes with accommodation in modified rain water tanks with all needed facilities and beachfront seclusion that would be hard to match anywhere, the only downside is the constant wind evidently required to Kite Surf.

From here our task was to head towards Cape Flattery through the maze of inland tracks that in some places could be mistaken as rivers because they seemed to be one of those endless river crossings that threatened to swallow the vehicle the further in you got with no real exit in sight. Our route took us through white sandy country not dissimilar to a desert setting apart from the sand colour, there were mountainous areas as well as flats that were for the most part freshwater lagoons that formed most of the low lying area of the dune systems. These lagoons proved challenging if not adventurous to cross and provided an injection of adrenaline as well as trepidation to the trip, certainly the awareness of where we were and the consequences of stopping halfway through a crossing was enough to widen the eyes and clench the cheeks!

It would be fair to say that when filming a DVD with a group of people providing entertainment to the masses, the line and approach you take to a challenge is perhaps a little different to that say if you were alone or just with even one other car. That being said, the idea is that once you have driven 3000 km’s to a remote part of Australia you will likely never see again, then you are obligated to enjoy the experience and should do so to the best of your ability both safely and responsibly. There were places where the water was over the bonnet and even halfway up the windscreen, however this was only usually when you dropped in and out of a hole and for the most part the water was about half way up the wheels or lower. The main danger was the length of the crossings and the fact that we had to drive back out the next day after it rained that night. If you ever find yourself having a quiet beer with Graham Cahill ask him about the trip out of Cape Flattery in June 2015.

Certainly the Silica dunes of Cape Flattery are an amazing sight and really cannot be described in a way to justify the spectacle, as daunting as the drive in was, the reward is justified and worthwhile to say the least. This is an area full of hidden bays and camping areas that provide the solitude and seclusion so hard to find in the modern world. With the adventure nearly over we hit the main road and headed to Cairns, not usually a problem except when you hit the range outside Cairns and start your decent and after the first couple of corners the brake pedal hits the floor. Luckily I had Shauno in that old 60 series thing in front of me to aim at for the trip down the mountain but I gotta tell ya I was a complete wreck when I reached the bottom and could’ve done with a Tequila or two.

Back to NQ crash for a brake repair the next day, a night on the town with Graham and Adam to discuss the past few weeks of incidents and mayhem and off home the next day. Be fair to say I didn’t get very far on the first day heading home due to the massive hangover Graham Cahill gave me the night before, but again I decided to avoid the coast and found myself heading home through the back blocks of QLD and enjoying the route less traveled. The outback roads tested the fuel capacity of the trusty Triton and I soon found myself at the Dog fence on the QLD/NSW border and then decided perhaps it was time for a more direct route home.

I’m going back! I have no idea when or even how but somethings have got to be done. I’ve seen enough to hunger for more, the addiction has been fed and the challenge accepted. If you see me on the road/track, simply wave a beer at me and I’ll happily pull up camp and interrogate you to the point that you will reveal all you hidden secret camping spots. Don’t worry, they’ll be safe with me. 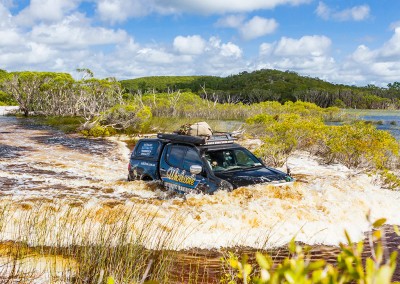 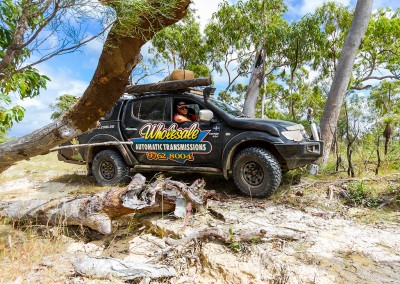 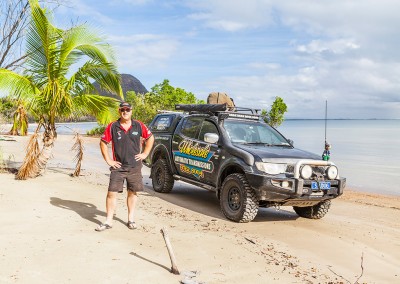 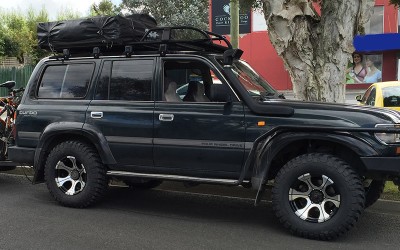 I had an idea, and that idea has finally come to fruition. Put the 5 Speed auto from the 100 Series into my 80 Series LandCruiser. But not just that, make it Tip-Tronic also. So out came the old H151 5 Speed Manual…

END_OF_DOCUMENT_TOKEN_TO_BE_REPLACED 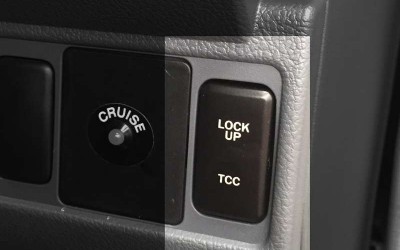 Why Do I need a Torque Converter Lockup Kit?

END_OF_DOCUMENT_TOKEN_TO_BE_REPLACED 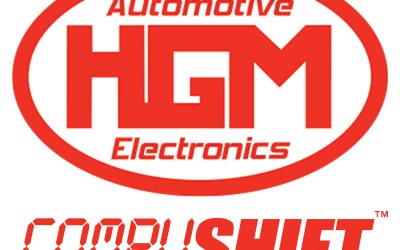 Conversions have grown from the non-electronic Chev and Ford auto’s slowly evolving into conversions using the Nissan and Toyota 4 speed automatics and of late the more technically advanced transmission 5 & 6 speed automatics..